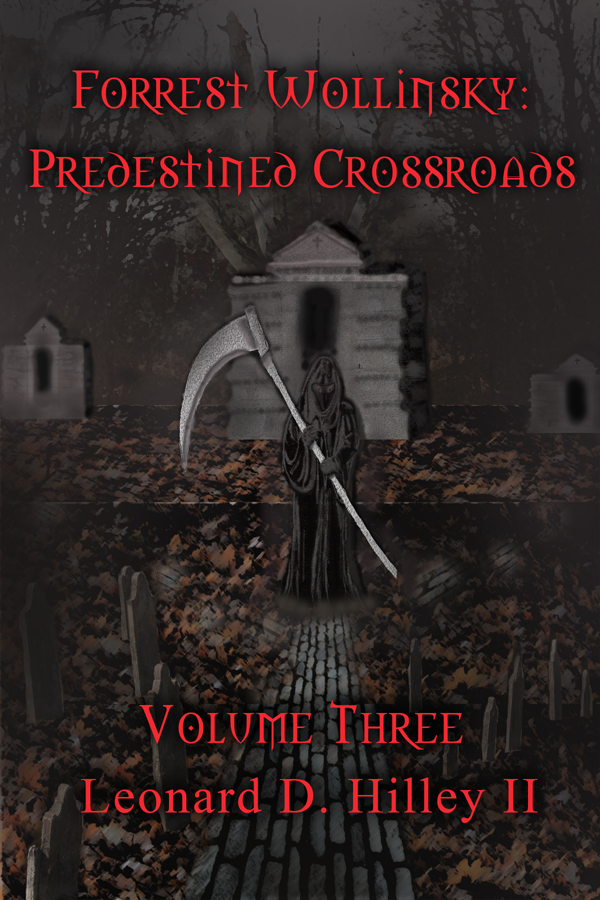 Determined to fulfill his oath to deliver the hybrid vampire child to the Archbishop in Freiburg, Forrest travels across several countries during the harshness of winter.

Even he has his doubts as to whether the child should be protected because once the child becomes an adult, he could become a deadly supernatural ruler with more power and influence than any of Dracula’s offspring.

And Forrest soon discovers that his oath has placed him on the wrong side of the Chosen Vampire Hunters, and instead of being one of the Hunters, he becomes hunted by those who were his former allies.

His dilemma leads him to a crossroads in which he must decide between what’s right or wrong, holy or evil, but regardless of the decisions he makes, great repercussions are unavoidable.

He learns that while destiny may not be predetermined, oftentimes unforeseen consequences occur even for those who have the best intentions at heart.