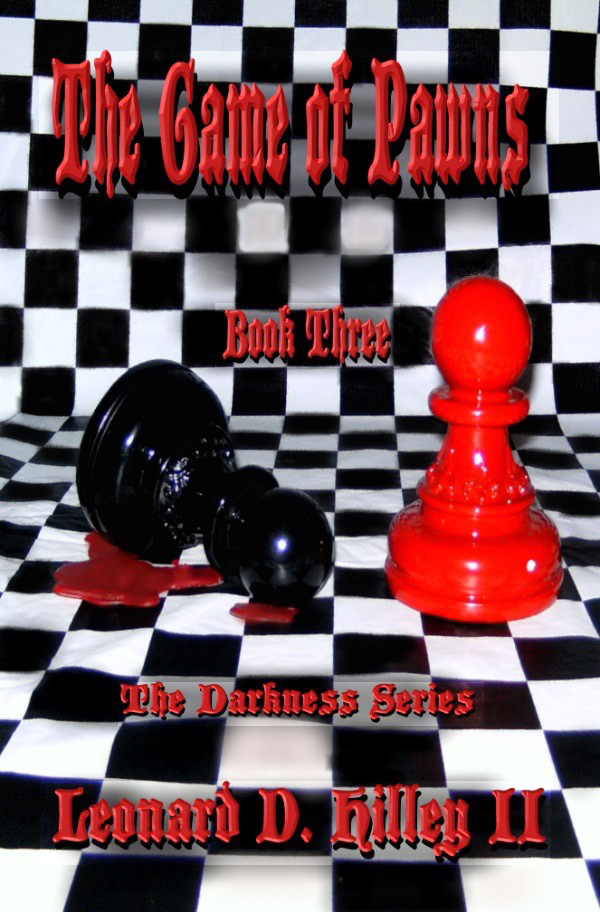 PAWNS ARE EXPENDABLE . . . “Beyond the Darkness is a thrill ride you don’t want to end. It will have you laughing, crying, and on the edge of your seat until the very end!” –Nicole Hicks–HowlingGoodBooks.com

Twelve execution-style murders have occurred in Newark, New Jersey, in less than a week. Each murder has a calling card – a red pawn on each corpse. Kat Gaddis and Lucian investigate the homicides and discover the last four victims were employed by GenTech, a company that recently merged with Mech Cybernetics. After FBI director Mike Carpenter shares evidence with Kat, they soon discover political ties and corruptions that place Kat’s life in direct danger.

New players emerge and what seems like serial murders suddenly becomes a struggle for biotech knowledge and power. Kat is thrust into their game – The Game of Pawns.
ISBN-13: 978-1463637859